Cleckheaton Golf Club was chosen to host another prestigious tournament, this time the Yorkshire Girls Championship.

Abigail Taylor of Headingley Golf club won the coveted trophy with 3 under par. Her opening round of 72 set up the win, which included two birdies on last five holes. 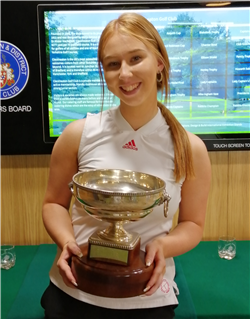 In extremely hot weather, the second round became very challenging, but Abigail hung on to retain her Championship crown.

Second place was Cherry Marley of The Oaks with a score of 151 and in third was Amy Staveley of Ganton (154).

Congratulations to Deonne Pyatt (Hickleton) who won the handicap Nett Trophy with scores of 73 & 72 (145) net. Runner-up with 150 was Grace Lambert of Hessle. 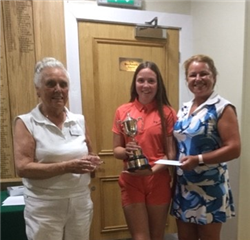