IDENTIFYING OUT OF BOUNDS

D-4 When playing Hole 4 the player must take relief in the dropping zone if his or her ball comes to rest on the putting green of Hole 15, or within one club length of the Putting Green. Take relief by dropping the original ball in the circled Drop Zone next to the fairway on Hole 4. The dropping zone is a relief area under Rule 14.3.
D-5.2 Marked out temporary greens are wrong greens when not in use and relief must be taken under Rule 13.1f.

E-10 The young trees identified by rabbit guards, white paint or stakes are no play zones. If a player’s ball lies anywhere on the course, other than in a penalty area, and it lies on or touches such a tree or such a tree interferes with the player’s stance or area of intended swing, the player must take relief under Rule 16.1f.

PENALTY FOR BREACH OF ANY LOCAL RULE:

GREENS STAFF HAVE PRIORITY ON THE COURSE 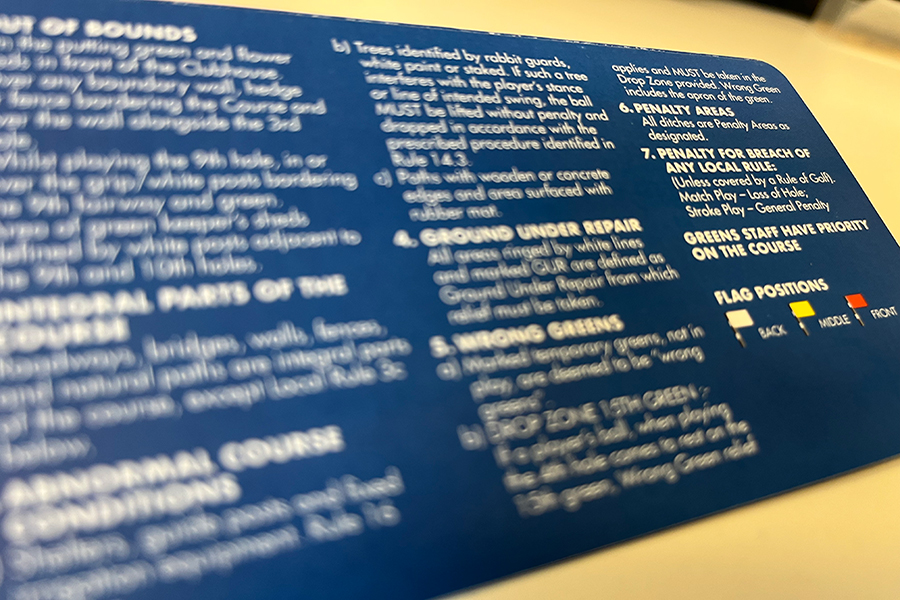